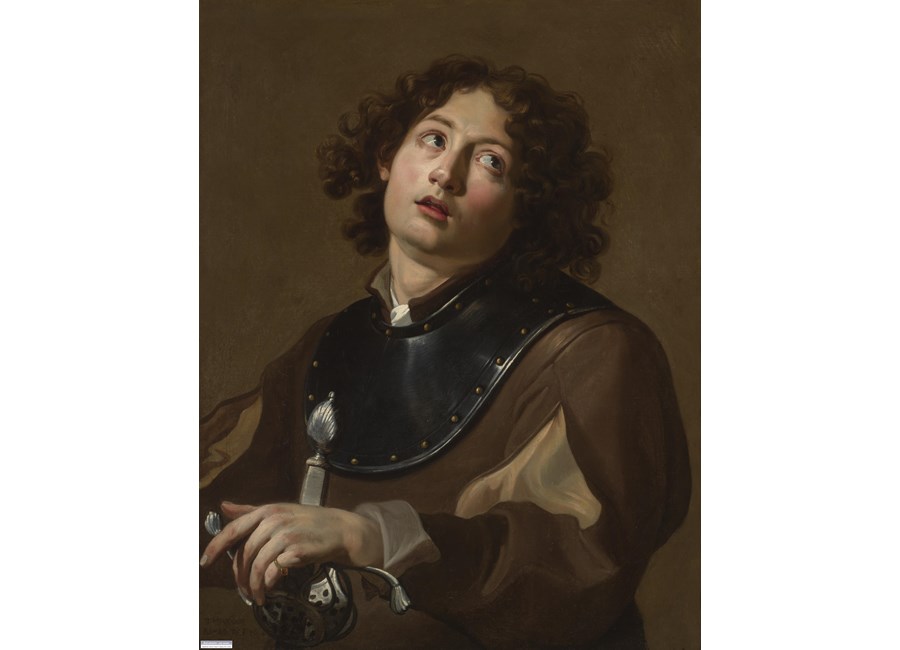 Rombouts was born in Antwerp, where he was the pupil of François van Lanckvelt in 1608 and later of Abraham Janssens. In 1616 Rombouts had traveled to Italy, where he was recorded in the Roman parish of Sant’Andrea delle Fratte, along with two other Flemish painters, Francesco Tornelli (Tournier?) and Robert d’Orteil. Rombouts was summoned to Florence by Cosomo Medici, the Grand Duke of Tuscany, and was in Pisa in 1622. During his stay in Rome he was clearly influenced by W.P. Crabeth and D. de Haan, whose style in S. Pietro in Montorio is remarkably similar to his own.

He had returned to Antwerp by 1625, where he started an extremely successful career, known best for his secular paintings produced for private clients or for the open market. He also produced a number of altarpieces, and many of his official commissions came from Ghent. He is also known to have supplied figures in paintings by other artists such as Adriaen van Utrecht for example. He became Master in the Antwerp Guild of St. Luke, and its doyen or dean in 1629-30. Rombouts was the leading Flemish Caraveggesque master, with a career nearly contemporaneous with the Utrecht Caravaggisti, who had become so popular in the Southern Netherlands about 1620-40. These artists interpreted Italian caravaggesque ideals for a Northern audience. Rombouts style was strongly based on the early Roman Baroque, which was in to captivate the viewer Rombouts’s Caravaggism was characterized by deep shadows and a static monumentality inherited from Abraham Janssens.

Most of Rombouts’s works are monumental compositions of horizontal format, which depict grand dramatic groupings that are characterized by Caravaggesque chiaroscuro lighting, local color and a detailed and realistic handling of fabrics. Like Janssen, Rombouts preferred to create real three-dimensional renderings. His figures have an almost sculptural aspect to them. They are solidly constructed and vigorously modeled. And as is the case with this young soldier, his figures convey emotion through facial expression and gesture. Clearly the upward glance of the soldier in the present work communicates an immediate realism that add to the work’s appeal. Often he would emphasize the tension and expressive nature of a scene by cropping figures at the edge of the painting. He employed various other techniques such as the spontaneous gestures of his figures, bold foreshortenings, strong chiaroscuro, and forthright emotion, to captivate the viewer and enliven his works.

In his later work Rombouts style evolved, and he abandoned the strict caravaggesque chiaroscuro for a lighter and brighter palette, clearly showing he had come under the influence of the great colorists Sir Peter Paul Rubens and Jacob Jordaens.