An Allegory of Generosity 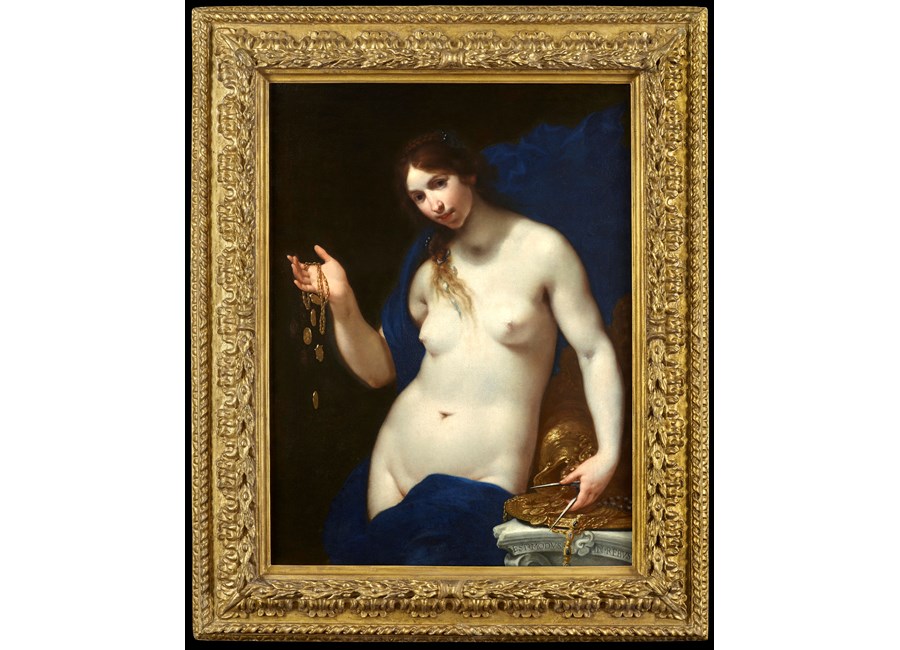 Francesco Furini was a leading Florentine painter of the first half of the 17th  century. His father, Filippo, was a portrait painter and his sister Alessandra was also a painter, while another sister, Angelica, was a singer at the court of Cosimo II de’Medici, Grand Duke of Tuscany.

He first studied with his father, and then was apprenticed to Domenico Passignano and Giovanni Bilivert. He was enormously fascinated by Classical sculpture and studied it in the Medici collection in Florence.  The other great influence on the young artist was Raphael, whose work he studied in Rome when he travelled there in 1619.  In Rome he also saw the work of Bartolomeo Manfredi and Giovanni da San Giovanni. There the pervasive influence of Caravaggio and his followers greatly affected the young artist. Having come from the more conservative mannerist atmosphere in Florence, in Rome he was confronted by a new more exuberant Baroque tradition then on the rise in Rome.

He returned to Florence by 1624 where he worked with Matteo Rosselli.  Perhaps the artistic tension between the differing stylistic currents of the time enabled him to create his own truly unique sfumatotechnique.  His many paintings with sensual female nudes reveal both his fascination with the grace of Raphael and the great tradition of Classical sculpture, both of which are reinterpreted through his very focused study of nature.  He produced many life studies of female models which reveal a lyrical beauty that he carried over to his painted work as well.

In the present work Furini depicts a beautifully sensual young woman in the guise of “Generosity” or “Liberality” as emphasized by the inscription “Est Modus in Rebus”[1]seen on the stone pedestal to the right.   The maxim comes from the Satiresof the Roman poet Horace, as inscribed on the stone pedestal.  The image of a beautiful nude woman holding strings of jewels and pearls in her right hand comes from Cesare Ripa’s Iconology.  Such an image of a beautiful woman offering up such treasure as gifts would have been recognized as symbolic of “Generosity”.

An Allegory of Generosity