Portrait of a Lady, head and Shoulders, wearing a Grey Hat 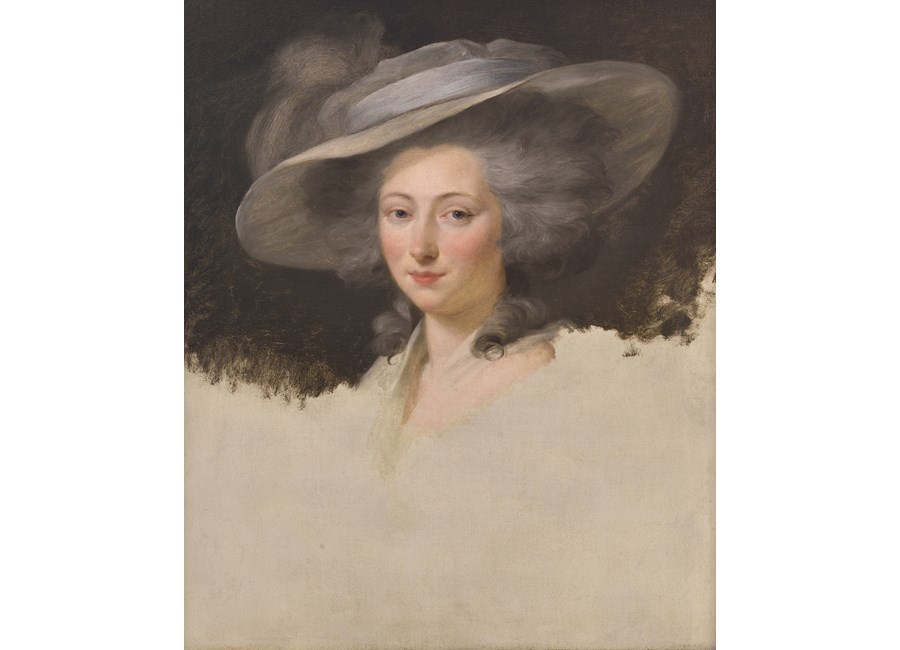 Born in Paris, Henri-Pierre Danloux was orphaned at an early age and was raised by his uncle, an architect. Around 1770 he became a pupil of the genre painter Lépicié and later of Vien, a history painter, whom he followed to Rome in 1775 and then traveled throughout Italy. However, unlike most of his contemporaries, Danloux preferred drawing the Roman countryside and portraits instead of ancient monuments.

By 1783, he had settled in Lyon, where Danloux established himself as a portraitist in the relaxed, informal manner of Jean-Baptiste-Siméon Chardin. After moving to Paris in 1785, his reputation grew as a portraitist to the aristocracy. There he was patronized by the Baronne Megret de Serilly d’Etignhy, who obtained for him a number of important portrait commissions from the aristocracy. Danloux paid great attention to rendering fabrics, embroidery, and accessories in both oils and chalk. After another sojourn in Rome, Danloux returned to Paris in 1789, where he was commissioned to make portraits of the royal family.

By 1792 the French Revolution forced him to flee to London. There, Danloux was influenced by fashionable English portrait painters such as Thomas Laqwrence (1769-1830), John Hpppner (1758-1810), and George Romney (1734-1802). Danloux excelled in family groups and portraits of children, whom he captured in natural, spontaneous poses. He also began painting history subjects. He exhibited at the Royal Academy in London which resulted in commissions from many English patrons.

He returned to Paris in 1801 and spent his remaining years focused on portraits and history painting.

Portrait of a Lady, head and Shoulders, wearing a Grey Hat